Last week I went on a trip out west with my 2 sons, my brother in law and my father in law. 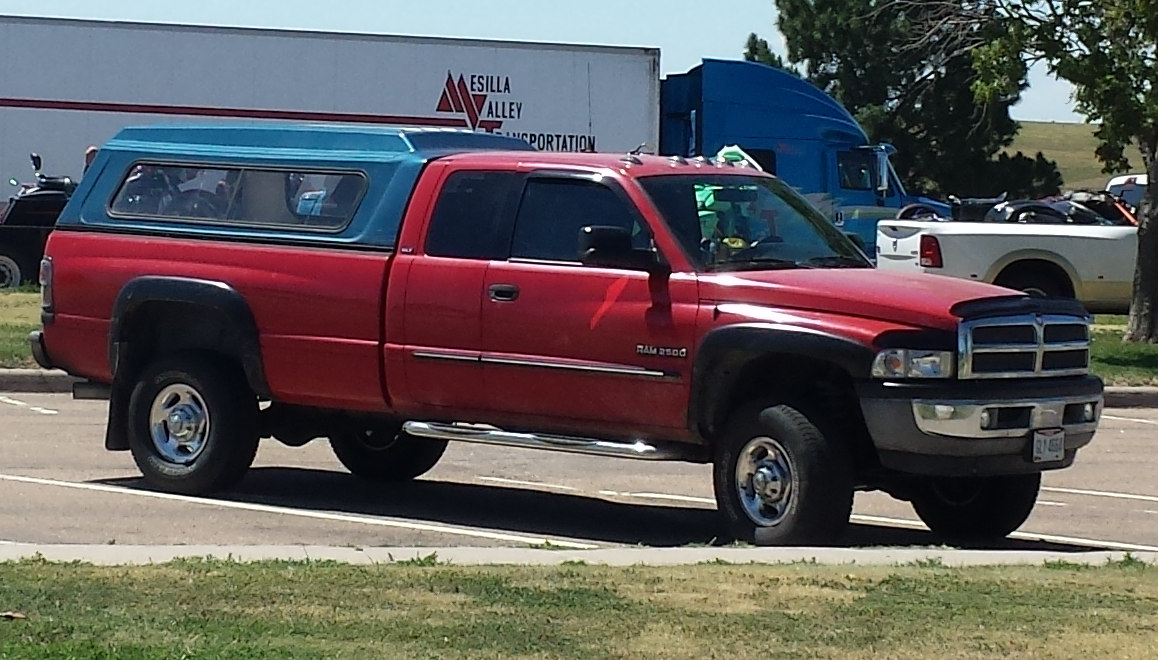 We took my brother in law's pickup truck (full size extended cab) . I was planning on brining my ICOM 718 along with my antenna tuner and a MFJ-1622 antenna that I borrowed from a friend.  After my brother in law arrived with his truck, I decided not to bring my HF radio. There wasn't a secure place keep it in the truck since the back and front windows were out on the cap. I did bring my magnetic mount antenna and hand held radios.
On the drive out I did make a contact on the national calling frequency in Kansas. I was monitoring the national calling frequency and Jason, KM4ACK was calling to see if anyone was monitoring it. I answered him and found out he was driving out to Colorado to do some backpacking from Tenessee. He was about 10 miles ahead of us on I-70 around the Salina area. We had a little QSO until we started running into more hills and lost contact with eachother.
Once we arrived at our destination I entered in the local repeater frequency and found out that Colorado has a state wide repeater system, so I entered in some of those frequencies too. While we were at the hotel I was monitoring the repeater and didn't hear too much on it. I tried to make a contact on it but my tries went unanswered.
On Monday we drove out to the Dinosaur National Monument Fossil Quarry in Utah. I didn't try to get on the radio much on that trip. On Tuesday we ventured down to Colorado Springs and saw the Garden of the Gods and drove up to the summit of Pikes Peak. 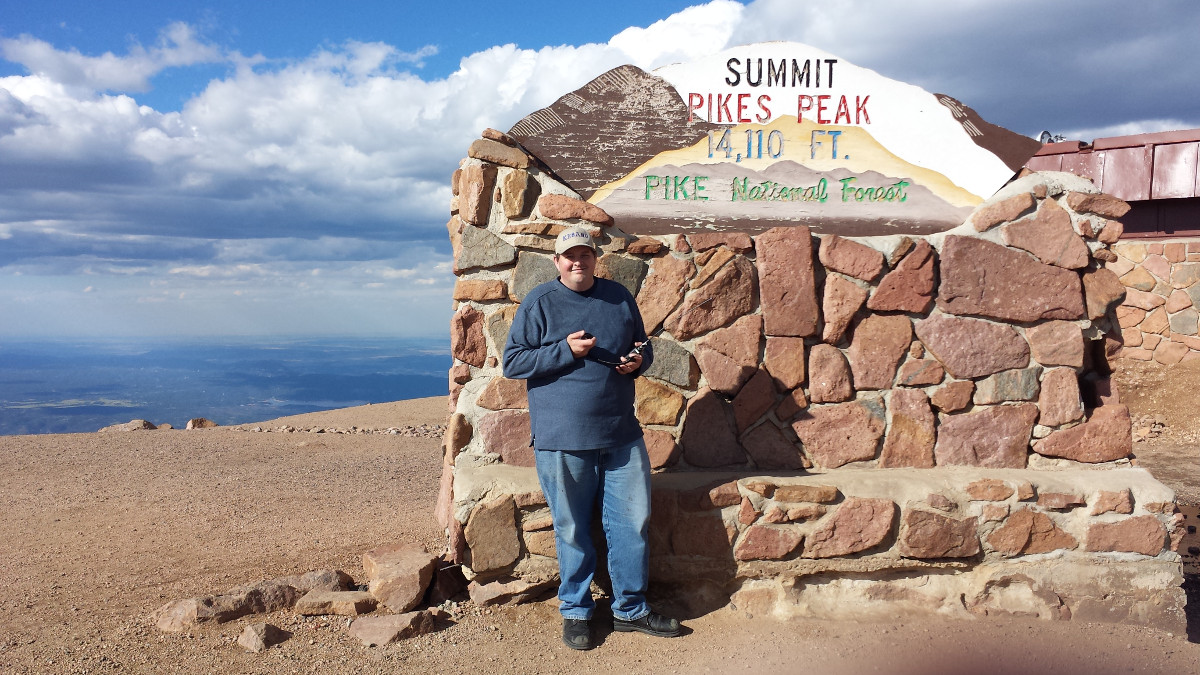 When I was ontop of Pikes Peak I got the 2 meter Yeasu FT270 out and put my whip antenna on it. I put a call out on the national calling frequency and got 2 answers back. One was person who was by Peterson Airforce Base which is close to Colorado Springs, I didn't get his call sign. The other person K6XCQ, James was at 80th & Wadsworth in Arvada, Colorado, with a 8' omni vertical antenna with 70w. He copied me loud and clear with a full signal! Arvada is close to Denver.  The windchill on Pikes Peak was 36. After the QSO I went inside to warm up for a bit. Just before we left, I made another contact from a person in Monument Colorado. I was suprised I got quick responses back on the national call frequency. 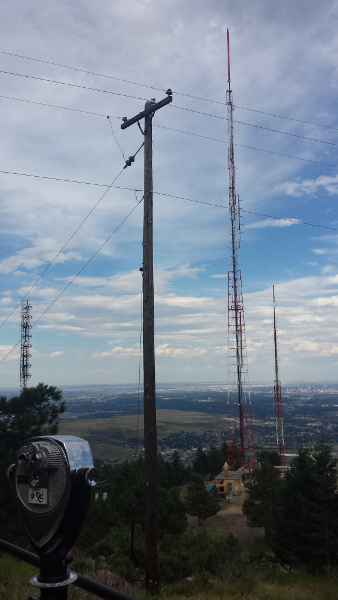